The Mood of Festivals In Ethiopia

Ethiopia comprises more than 80 different ethnic groups, the heritage and traditions of each blending to form a unique and colorful cultural mosaic. Traditions are proudly maintained. Christianity, Islam and other religions are practiced according to the time-honored customs of their ancestors. Such ethnic diversity translates into a fascinating sightseeing experience for travelers, who will marvel at the art and architectural treasures created during the course of the country's long cultural evolution.

Besides its History, Nature, Archeology, and people, Ethiopia has several attractive and beautiful  Festivals. To mention some important once are: 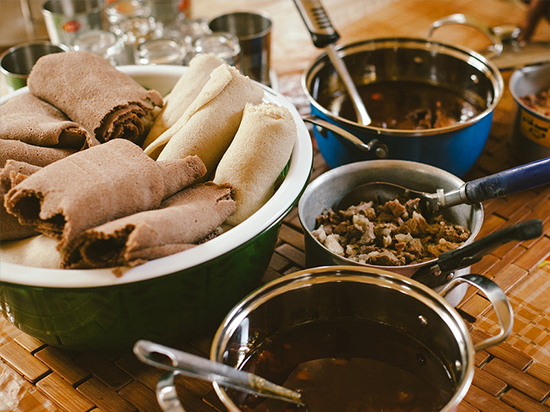 The Ethiopian New Year also called Enkutatash or Kidus Yohannes is celebrated on Meskaram 1 or September 11. It is primarily secular and a time for people to put on new clothes and if they can, visit friends and relatives. 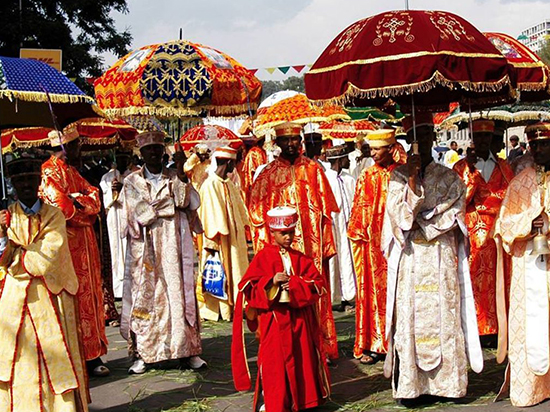 TIMKET, Ethiopian Epiphany is the most celebrated festival. It falls between 18 - 20 January (that means, it will be on the 18th & 19th of January and 19th & 20th January one in four years time during the leap year).

This is the easiest for visitors to enjoy and witness. The holy TABOT, (The Ark of the covenant) is removed from each church around the country the day before the celebration and taken to a central area where the ceremony will take place.

The following morning, the church officials, resplendent in their gorgeous regalia, assemble around the "Tabot" and sprinkle holy water over all the Christians present. After this, the "Tabot" will be taken back to the church where it came from carried by the priests and followed by the congregation with much singing and dancing.

The most solemn of Ethiopia's festivals is EASTER when the celebrations include the sacred music and dance unique to the church, later accompanied by the most solemn and moving rituals during the midnight Mass. It is locally called

FASICA/ TNSAIE meaning the resurrection of Jesus Christ from the dead.

Meskel (The Finding of The True Cross, September 27) 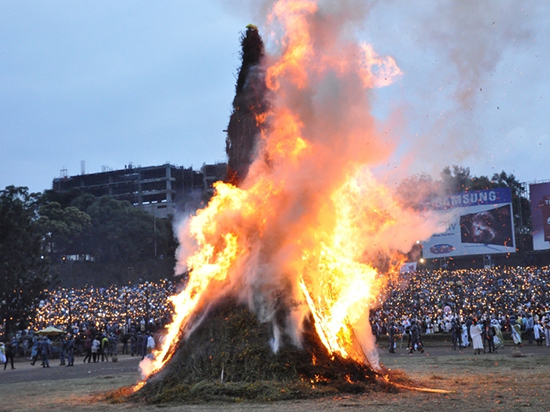 MESKAL is an ancient national celebration and an important date on the Christina calendar, commemorating the Finding of the True Cross. The eve of Meskal, September 26, has been a national holiday for centuries and is one of the most important of all Ethiopia’s festivals.

Should you chance to arrive on this day, you will see people of all ages in the streets carrying fresh bunches of daisies, which we call “The Maskal Flower”. Many are dressed in traditional white costumes, and the jubilant atmosphere is instantly infectious.

By the middle of the afternoon, the celebrations are truly underway. In Addis Ababa’s Main Square, The Meskal Square, a colorful procession of priests, deacons, and choir boys and girls wearing embroidered robes walk around a huge pyre, bearing ceremonial crosses and wooden touches decorated with olive leaves. As the sun begins to set, the torchbearers move forward in unison to set alight the slender, pyramid-shaped structure, topped with a Cross woven from Maskal daisies. The name of the structure is called BONEFIRE or local DAMERA.

The origins of Maskal are cloaked in the Christian legend. The festival is said to date back to the discovery by the Byzantine Queen Helena of the Cross on which Jesus Christ was crucified. According to the legend, the 20th year of the reign of her son Constantine.

The most unusual of the country’s festivals are KULUBI GABRIEL the place for Kulubi Gabriel is at a place called KULUBI  near Harar and Dire Dawa it is celebrated two times in a year first on the 28th of December and second on the 26th of July, SHEIKH HUSSIEN, GISHEN MARIAM, and SOF OMAR. 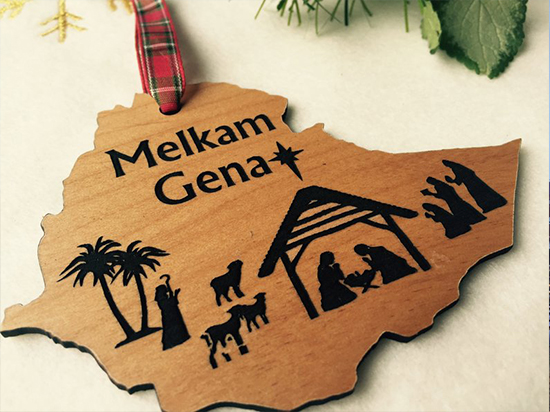 The Ethiopia Christmas celebrated every 7th of January and it is best in Addis Ababa and also Lalibela.

While excitement over Christmas festivities dies down in the other parts of the world, it marks the beginning for many Ethiopians. The name 'Genna' is used to refer to the nativity because the shepherds to whom the Angel heralded the birth of Christ was playing Genna, traditional Hockey, at the time. The place and time for which many folks travel up to a month and more on foot to get to yes, Lalibela is the place to be at Genna, no matter what your religious persuasion or intellectual orientation.